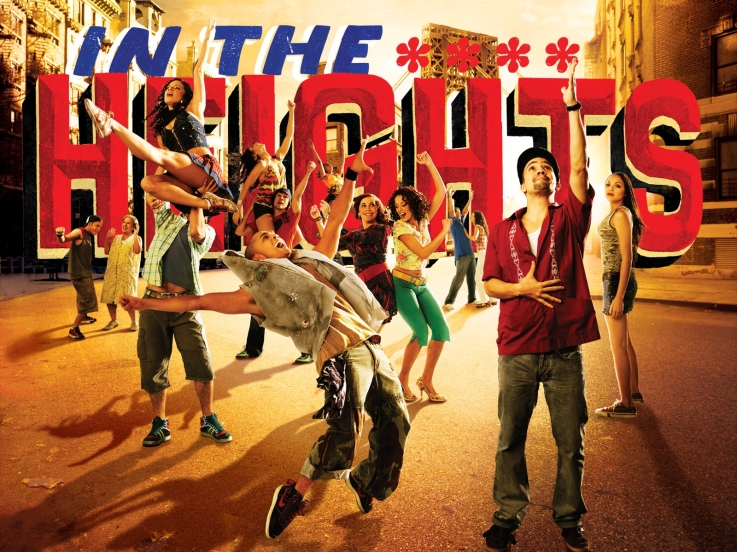 Lin-Manuel Miranda, the mastermind behind Hamilton, is planning to make a ‘scrappy’ movie of his other beloved musical,  In the Heights.

When the show came to Broadway in 2008, there were plans to make a $37 million dollar movie directed by Kenny Ortega (who’s behind Newsies and High School Musical). But because Miranda wasn’t deemed a big enough name to bring in an audience, Universal decided to not move forward. Now, Lin-Manuel Miranda is everywhere. Hamilton is a phenomenon. It’s beating juggernauts like The Lion King, The Book of Mormon, and Wicked at the box office. Critics and fans are finding that it’s living up to the ridiculous hype.

But despite the success, Lin-Manuel Miranda isn’t slowing down. A week after opening on Broadway, there are talks of opening Hamilton in London. And then this morning, Miranda announced plans to make an In the Heights movie. It’s getting a $15 million budget, that he says “is more in keeping with the spirit of the show.” We agree. The budget won’t be an issue. I don’t think the movie will be a box office success but I think it will be a good movie. The musical lends itself to the screen. It can definitely work.

Lin-Manuel Miranda is at the top of his game this year. His show on Broadway is one of the biggest successes of the decade. And now he’ll get to move one of his other musicals to the big screen. His career is only getting bigger. His career is only reaching new heights. 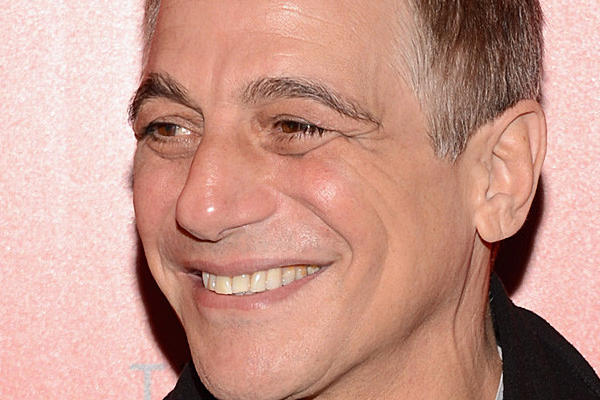 TV legend Tony Danza is coming back to Honeymoon In Vegas for its National Tour. The show closed on Broadway a few months ago despite positive reviews. It didn’t get a single Tony nomination either. Despite this, producers are determined to launch a tour for the 2015-2016 season. No other casting or tour dates have been announced, but we can only assume it’ll play Vegas. We’re impressed that Danza is game to to go on tour (it’s pretty gruelling). The goal of this tour is to pay for the production of Broadway. With Danza’s name on the billboards, it just might do so.

Get ready for Broadway’s spring cleaning. After the Tony Awards, at least a couple shows close. While getting a Tony can boost a shows sales by 300%, leaving empty-handed can shut a production down. It seems that’s the case with Gigi- which will close on Broadway on June 21st. The show was only nominated for Best Supporting Actress (for Victoria Clark) and lost. Without a single award to it’s name, the musical couldn’t survive the summer. Vanessa Hudgens, who starred, was going to leave the show anyway to play Rizzo in Grease on FOX. Without her name on the billboard, the show’s a tough sell. Hudgens brought her fans (from High School Musical) but apparently it wasn’t enough. Most tourists are going to An American In Paris instead. While the show will shutter on Broadway, a National Tour is (as of now) still in the works.

There’s been speculation about a My Fair Lady revival for years. Collin Firth was attached at one time, before being allegedly replaced by Ralph Fiennes. Now it seems the Oscar winner’s returned to the project. James Nederlander Sr. said that Colin Firth’s signed on but they still need to cast Eliza Doolittle. Anne Hathaway and Carey Mulligan are both circling the part. I don’t know about you, but this revival looks insanely good. This is the type of cast a My Fair Lady movie would get. A live stage show with some of the most talented actors living (yeah, LIVING) playing some of the most beloved parts in musical theater? It sounds like it’s going to be good. The revival was supposed to open in 2014 but obviously, that’s long since past. Now, their looking at putting the show in Broadway’s next season. We’re insanely excited for this project, if it gets off the ground. This could take years to bring to New York, but we’ll be patient. The creative team (rumored to be directed by Tony winner Bartlett Sher) isn’t rushing this incarnation. Their going to get it right. And when it does come to Broadway (whenever that may be), it’s going to be legendary. This could be the best musical revival of the decade. No, it could be bigger than that. This musical could be the best revival of our lifetime. Of all time. But let’s not get ahead of ourselves.

After fourteen years, Mamma Mia will close on Broadway. The beloved musical will have its last performance on September 5th at the Broadhurst having played 5,765 performances. In 2013, the show left the Winter Gardner in the winter of 2013 to make room for Rocky, which was only there for a few months. When they downsized to a smaller theater, we knew the show was struggling. But they still had two strong years left in them. This isn’t a sad announcement, this is a triumphant announcement. A show with a score by ABBA was not expected to stay in New York for 14 years. It’s become a massive success with national tours, productions across the world, and a blockbuster movie starring Meryl Streep, Amanda Seyfried, Collin Firth, and Pierce Brosnan (but we’ll kindly forget about that one). We’re sad to see the musical go, but we’re glad it’s become the success that it is. The musical will be loved for years to come as we dance threw the isles one last time. 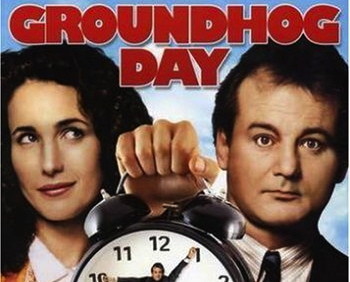 The Matilda team is coming back together for a Groundhog Day musical. Yeah, it sounds insane but it’s just the right amount of insane. As previously reported, the stage adaptation of the Bill Murray classic will be directed by Matthew Marchus, designed by Rob Howell, choreographed by Peter Darling, and with music by Tim Minchin (all of them worked on Matilda together). Expect this to be a bizarre show that’s absolutely brilliant. With this team behind it, we think the show can be witty, fun, and a great piece of musical theater. I mean, sure, Groundhog Day might not be the best choice to put on stage, but we have to have faith in the creative team. They are fast at work, aiming for a Spring 2017 premiere. The musical will begin performances January 23, 2017 with March 9th being its opening night. It could be a serious contender come Tony time with critic’s favorites attached. Tim Minchin might finally get the award that was stolen from him from Cindy Lauper, but I digress. We’re nervous but optimistic about this project but are glad that it’s moving forward.

Bullets Over Broadway is about to be Bullets Over 25 Select Cities Across the US. The musical of Woody Allen’s cult classic was one of the most anticipated shows of the 2013-2014 season but was quickly forgotten. After such high expectations, it fell flat. It quietly left New York and no one noticed. Now, out of the blue, it’s launching a National Tour across America. While no specifics have been released, it’s coming to 25 select cities (we don’t know what those 25 select cities are, though). It’s going to try to frantically recoup producer’s investments that they lost in New York. Can they make it up? We doubt it, but they can try. And who knows, maybe it’ll be well received.

It’s no secret that Chicago depends on stars to keep raking in money. Sometimes the show casts the perfect star, and sometime they cast Billy Rae Cyrus. But, really, who cares? It gets tourists from the mid-West to see an amazing Broadway show. It seems like they just cast Jennifer Nettles in the role (she had an extremely limited run as Roxie), and now they’re pushing her out the door to get Brandy. The beloved singer that’s a legend for a generation is a great choice to play Roxie Hart. She can sing and she can act (she proved herself in Cinderella with Whitney Huston and Bernadette Peters). We think she looks great in the role, but who knows. She isn’t the first star to squeeze into the tight skirt and she won’t be the last but she looks like one of the better celebrity runs in Chicago. And we’re perfectly fine with that.

Fifty Shades of Grey is now off Off-Broadway. Sorry that’s a little confusing. It’s not on Off-Broadway. Wait, that still doesn’t make sense. Okay, Fifty Shades of Grey, the Off-Broadway show, is closing. Better? The parody of EL James erotic novel, and now blockbuster movie, was absolutely hilarious and will be missed. Because the creative team knew that Fifty Shades The Musical sounds absolutely ridiculous, they decided to be in on the joke instead of BEING the joke and called it 50 Shades! The Musical Parody. Instead of audiences laughing at the show, they laughed with the show. The musical starts as a book club where a group of women try to analyze the trashy paperback. From there, the story of Anastasia Steele and Christian Grey unfolds. As you can imagine, chaos ensues and of course, it was hilarious. After 453 performances, the parody will close at the Elektra Theatre on April 26th. They will refund all tickets bought for performances beyond that date. It was a brilliant show that we’ll have to say goodbye to. Off-Broadway will be a lot less kinky!!!

What stays in Vegas does not stay in New York. This season has not been the best time for musicals- we’re still in therapy because Side Show closed. And now this!?!? It’s just not fair. Honeymoon in Vegas (starring Tony Danza, Rob McClure, and Brynn O’Malley) has set its closing date. After opening in January, the show will take its final bow April 5th. While it’s not surprising (the movie is not an obvious choice for a Broadway musical), it’s still a shame. At the time of it’s closing, the show will have only played 66 previews and 93 performances. The creative team, cast, and crew worked tirelessly to bring this small show to Broadway and now it’s over before it even started. Maybe the Tony’s will give them a few awards, but it seems that Honeymoon in Vegas will be a fleeting show that’s soon to be forgotten.